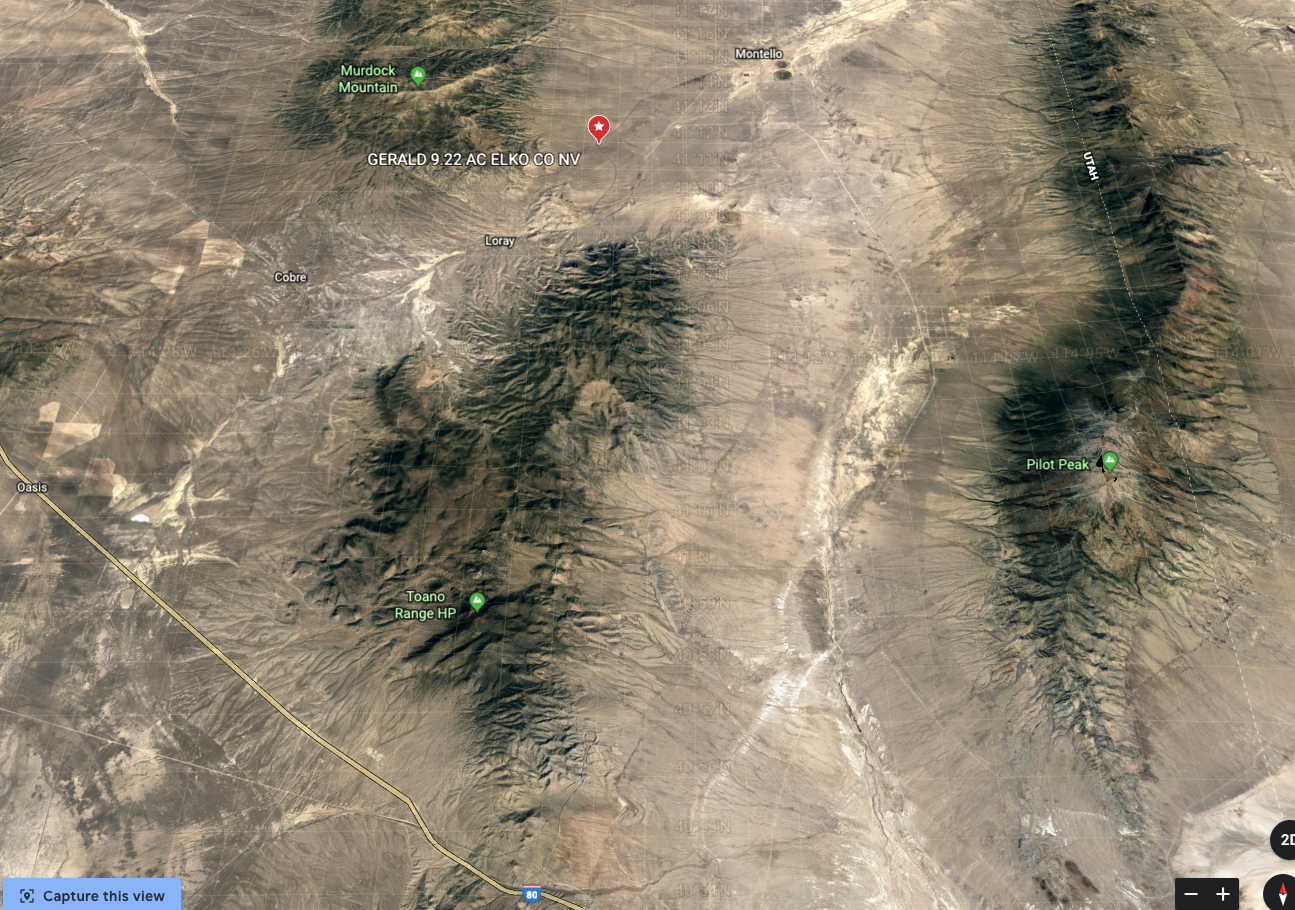 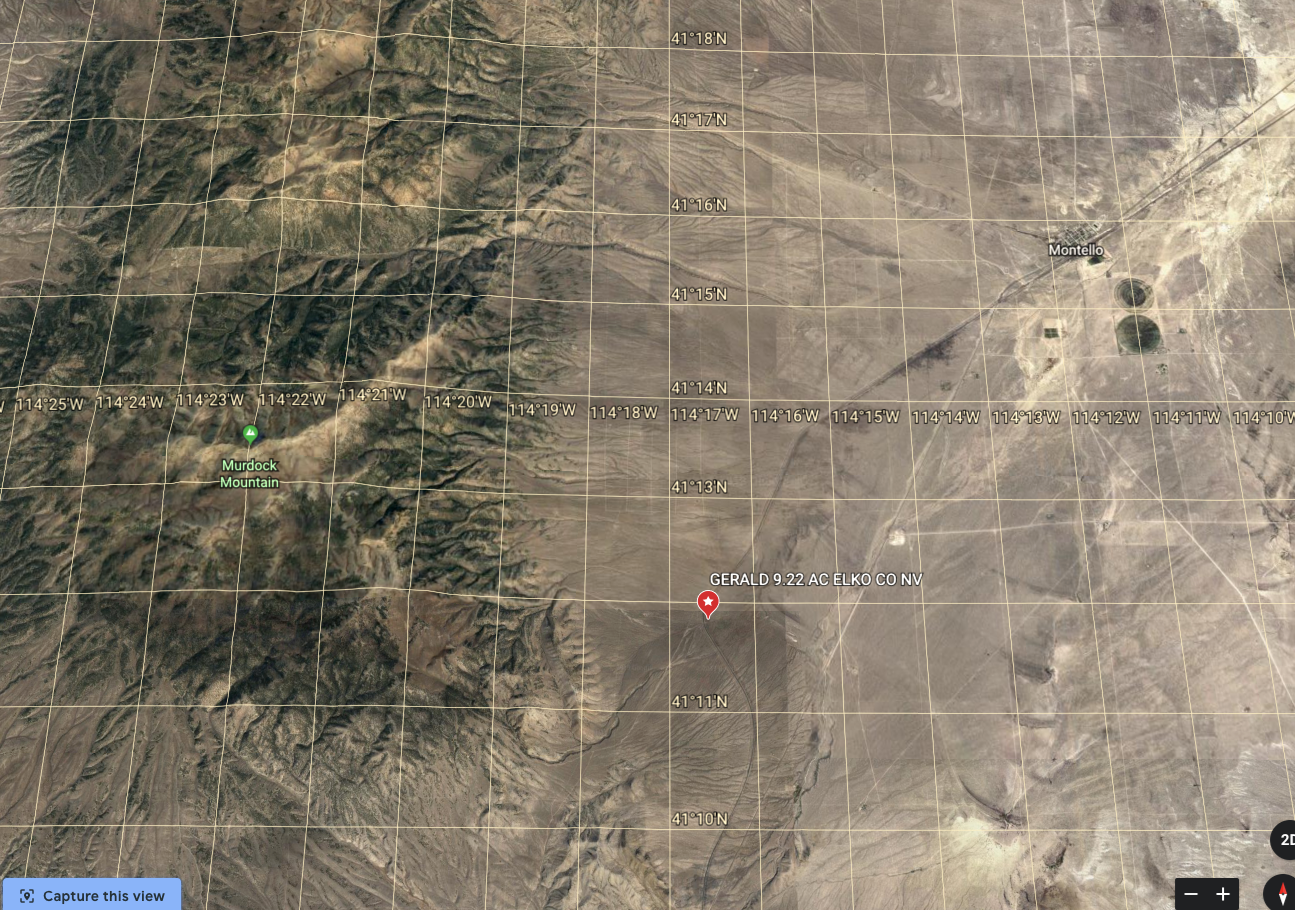 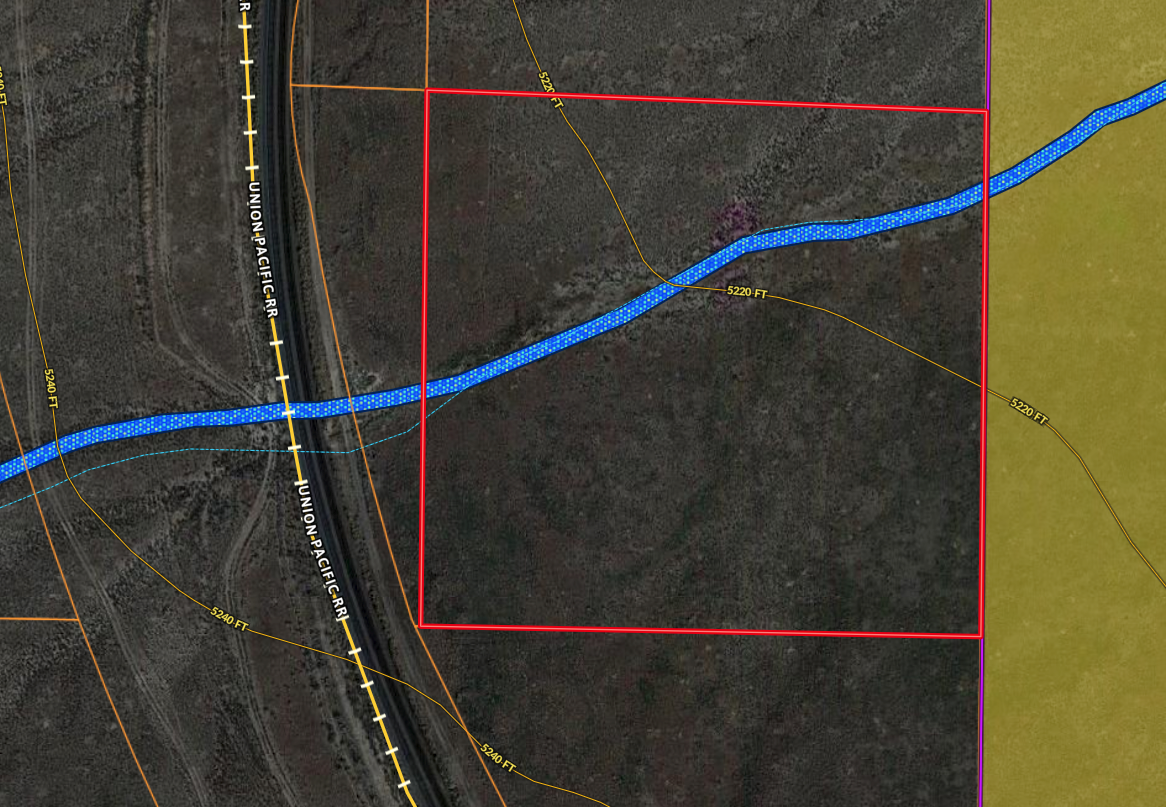 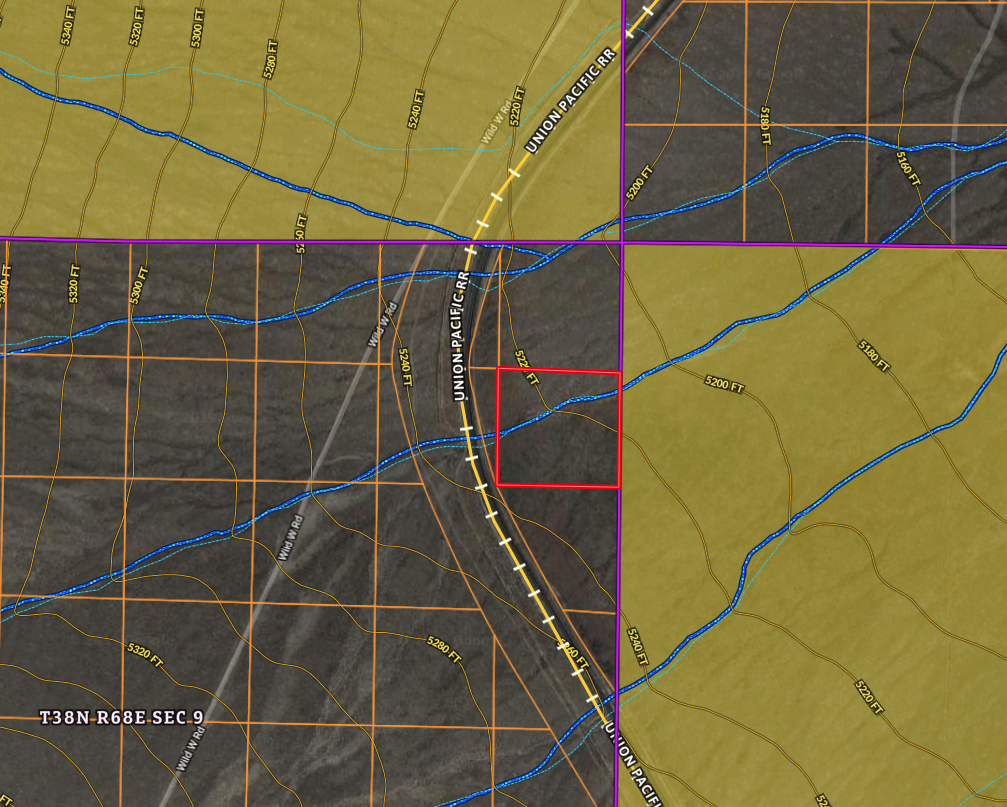 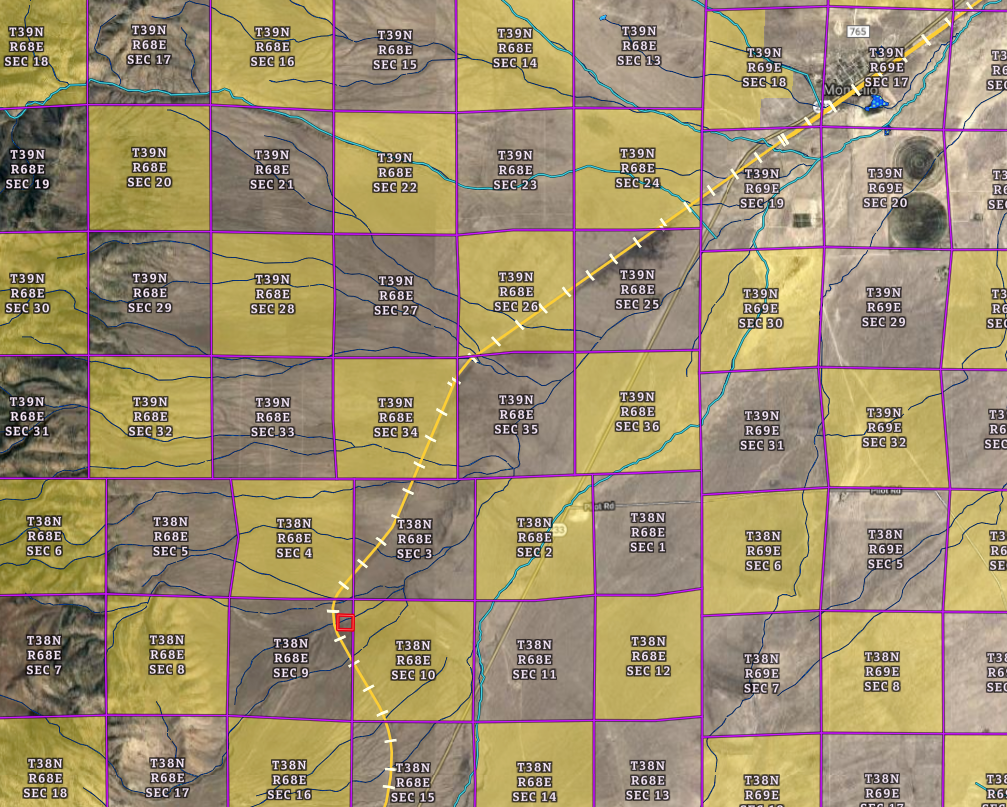 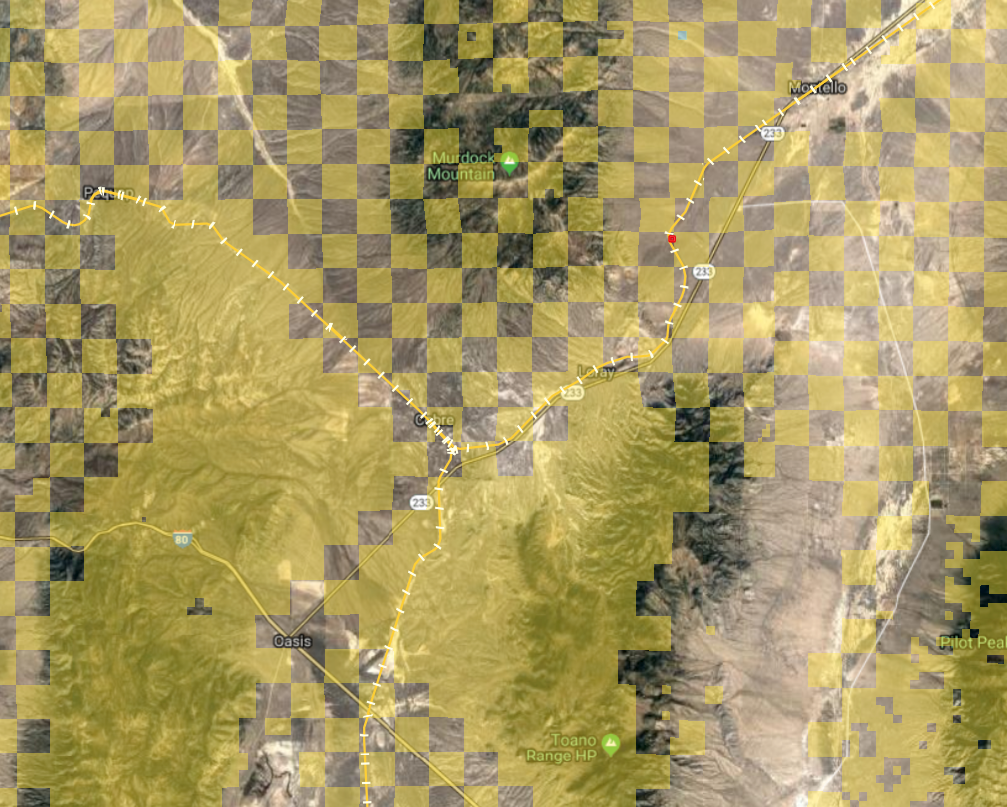 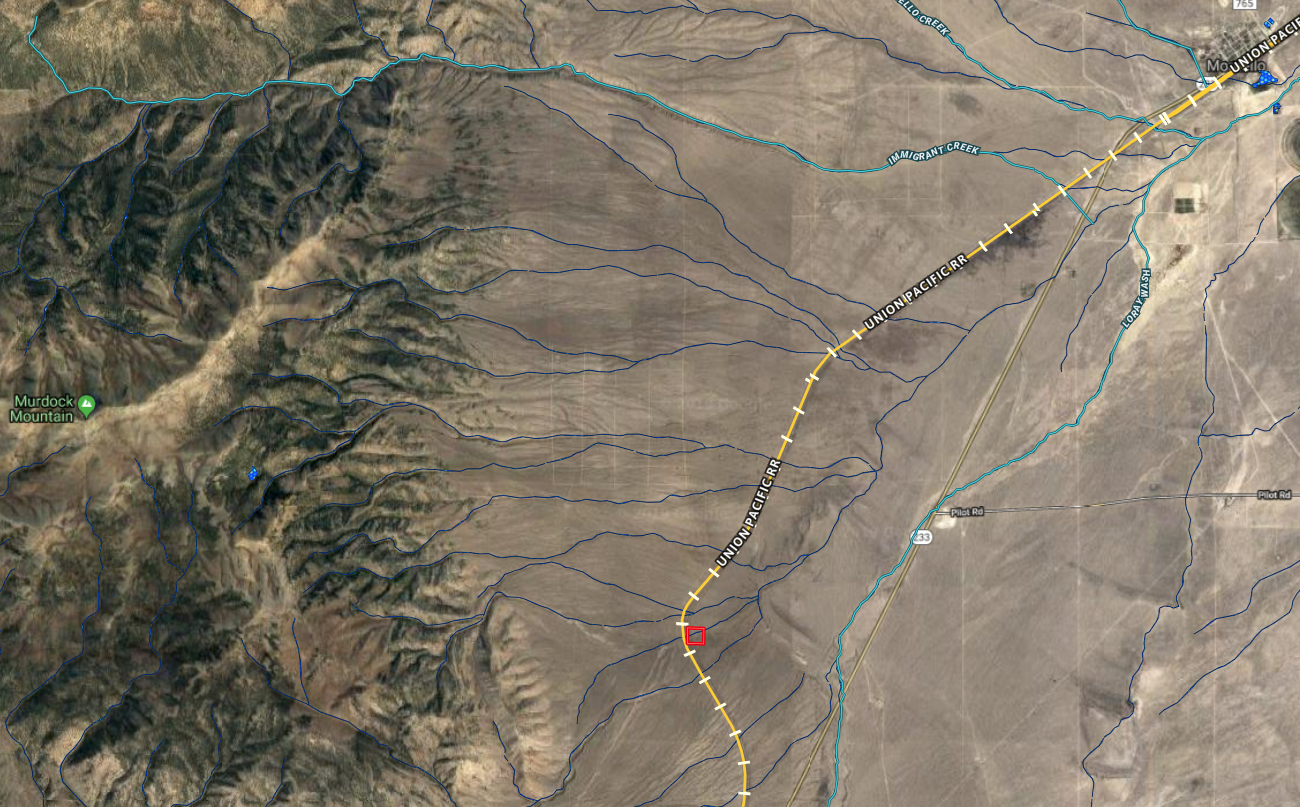 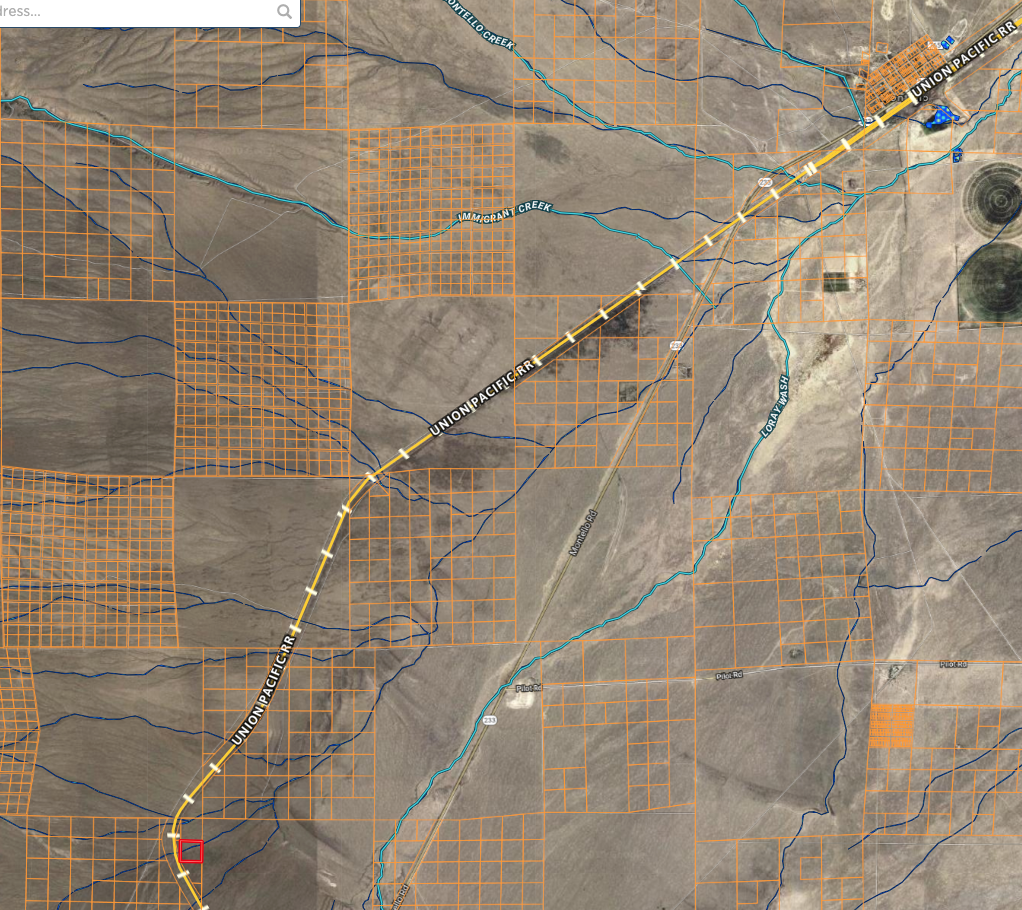 What You Should Know

Why You'll Love It

9.22 Acres with spring running through parcel Southwest of Montello, NV and West of Hwy 233. This would be a perfect site for your personal base camp for all of your Northern Nevada outdoor adventures. Here is your opportunity to get away from it all and own a piece of the West. This parcel adjoins BLM land on the East side. No Address, parcel is best identified by APN 010-35C-004.

This area was long occupied by Native American tribes of the Plateau, particularly the Western Shoshone, Northern Paiute, and Bannock peoples. Their traditional ways were disrupted after European-American settlement, as the two cultures competed for resources and had differing conceptions of land use and property.

Elko County was established in 1869 from Lander County; the name was taken from the name of the county seat, Elko.

In 1877 what became known as the Duck Valley Indian Reservation was established by presidential executive order for the Western Shoshone in this area, after they signed treaties with the United States. Later the Paiute became involved in the Bannock War, but after they were allowed to return from exile in Washington State, in 1886 another executive order was used to expand the reservation to accommodate them. The federally recognized tribe of the two peoples together conducts farming and ranching in this high desert territory.

The population of the county increased markedly in the late 20th century as the economy improved.

On March 14, 2014, the Bureau of Land Management sold 29 oil and gas leases for $1.27 million to a collection of six companies that included Noble Energy. The transaction was the first such in Nevada.[4] ~ Wikipedia

Situated in the Northeastern part of the state, Montello, Nevada, is approximately 58 miles northwest of Wendover and about 176 miles northwest of Salt Lake City, Utah. The tiny town has a little more than 500 residents, so there isn’t much to do in Montello. However, you can find an assortment of attractions within driving distance of the city.

Crittenden Reservoir (ndow.org) sits on 260 acres of state-owned land. You’ve got to travel about 19 miles north of Montello on a gravel road to get there. The reservoir is an ideal destination for fishermen because the facility stocks a variety of fish, including several types of trout and largemouth bass. You can fish the entire perimeter of the reservoir, and the east and west shorelines are the most accessible. Camping is not permitted along the shorelines, but you can find several primitive campsites along west side of the road that runs north of the reservoir. Water skiing is prohibited, but visitors can go float tubing. Crittenden Reservoir is open year round from one hour before dawn to two hours after sunset.

The city of Wendover straddles the Nevada-Utah border and is best known for its casinos. You might also find Bonneville Salt Flats State Park (blm.gov), 10 miles east of Wendover, worth the trip from Montello. The U.S. Bureau of Land Management runs the BSFSP, a 30,000-acre parcel of land that contains a massive layer of hard, white salt crust left over from Lake Bonneville, a large lake from about 15,000 years ago. The BSFSP covers about 46 square miles and is 12 miles long and five miles wide. The salt crust is nearly five feet thick in some areas. Each summer, professional and amateur race teams converge on the BSFSP to compete in high-speed drag racing. The Utah Rocket Club and National Archery Association hold annual events in the park, which also serves as a backdrop for major motion pictures.

Montello is home to several restaurants with a Western flavor, including the Cowboy Bar and Cafe (no website; 100 Front Street, Montello; 775-776-2466 ) and the Saddle Sore Bar (no website; 4th St. and Highway 233, Montello; 775-776-2564). If you’re willing to make the drive to Wendover, that city offers more dining choices, such as buffets, casual dining and fine dining. ~USA Today

Wendover offers Montello visitors an assortment of attractions, including casinos and an airfield museum. Casino options include the Montego Bay Casino (wendoverfun.com) and the Wendover Nugget (wendovernugget.com). The Historic Wendover Airbase (wendoverairbase.com) was built in the early 1940s as part of the U.S. government’s acquisition of land for gunnery and bombing ranges for its military. The airbase was used as a backdrop for several Hollywood movies, including “Independence Day,” “Con Air” and “Mulholland Falls.” The airbase runs tours throughout the year and hosts several special events, such as the Historic Wendover Air Show. ~USA Today

This parcel lies within Nevada Dept. of Wildlife Hunting Unit 77.

Unit 77 Boundary Description: That portion of Elko County bounded on the north by the Thousand Springs Road from U.S. Highway No. 93 to Montello, on the east by State Route No. 233, on the south by U.S. Interstate Highway No. 80, and on the west by U.S. Highway No. 93.

VEGETATION: Variable. From desert shrub in some lower valley bottoms to sagebrush, mountain brush, aspen, juniper and mahogany at the middle to upper elevations and subalpine fir on the northern exposures of the Jarbidge Mountains.

HUNTER ACCESS: Excellent, except in the Jarbidge Wilderness where vehicles are prohibited.

RECOMMENDED HUNTING AREAS FOR MULE DEER: The entire area has good deer numbers. Deer occupy all areas from the foothills to the upper peaks. Major migrations are weather related and increase as snowfall increases. Some smaller localized deer migrations occur during October.

SPECIAL COMMENTS: This area provides an opportunity to hunt a wide variety of habitat types including sub-alpine high elevations above timber-line, conifer and mahogany covered slopes, heavy aspen cover, deep canyons with creeks and rivers, rolling sagebrush, and pinyon-juniper winter ranges. Other opportunities available in the area include trout fishing in small lakes, rivers, and creeks, rabbit hunting for cottontails and white-tailed jackrabbits, grouse hunting and chukar hunting in some areas.

VEGETATION: Sagebrush in lower valley bottoms to mahogany, and juniper at the upper elevations. Some aspen can be found in 077 and 081 but unit 076 has the most.

LAND STATUS: The majority of land within this unit group is public land administered by the Bureau of Land Management.

FACILITIES AND SERVICES: The towns of Jackpot and Wells provide most services. Primitive camping is available throughout public lands within the unit.

Where You'll Find It

John has been involved in the Equine and Livestock Industries for over 20 years as a producer/landowner, as well as serving in many key positions within the industries. He learned hard work pays off at an early age while working in the hay fields of SW Iowa as a young man and during college working at the MFA Livestock Auction while he pursued his BS in Ag Science at NW Missouri State University. John is a graduate of the Missouri Auction School, as well as a CAGA Certified Personal Property Appraiser. John and his wife, Shauna, have been blessed with four beautiful daughters.

John’s career has taken him all over this Great Country and he is truly inspired by the Grandeur of the West. He is an avid outdoorsman and hunter, always curious to know what adventures await beyond the next ridge. From working side by side with livestock producers from across this Nation to hunting the backcountry of the West, John knows, not only what it takes to survive in this Country, but also to Thrive! Through John’s many years of experience, he has learned what it takes to have a quality producing property as well as the perfect get-a-way spot. John wants to put his experiences to work for you.

If you have decided to find your own acreage, ranch, farm, dream home or if you are looking to invest in rural real estate, John will be sure to find your dream property ideal for YOUR needs. As well as helping those find their dream land, John can make sure your property is sold for top dollar using his national marketing strategies and network! As an Auctioneer, for the #1 Ranked Real Estate & Auction Company in the Country, John can also take your property and/or Estate to Auction where True Price Discovery can be Realized!

If you are considering buying or selling rural real estate property in the state of Nevada, it is time to give John a call to put his national marketing network to work for you. He is centrally located between the recreational Paradise of Lake Tahoe, the fertile fields and pastures of Western Nevada and Reno, “The Biggest Little City in the World!” Call today and start living your Dream! 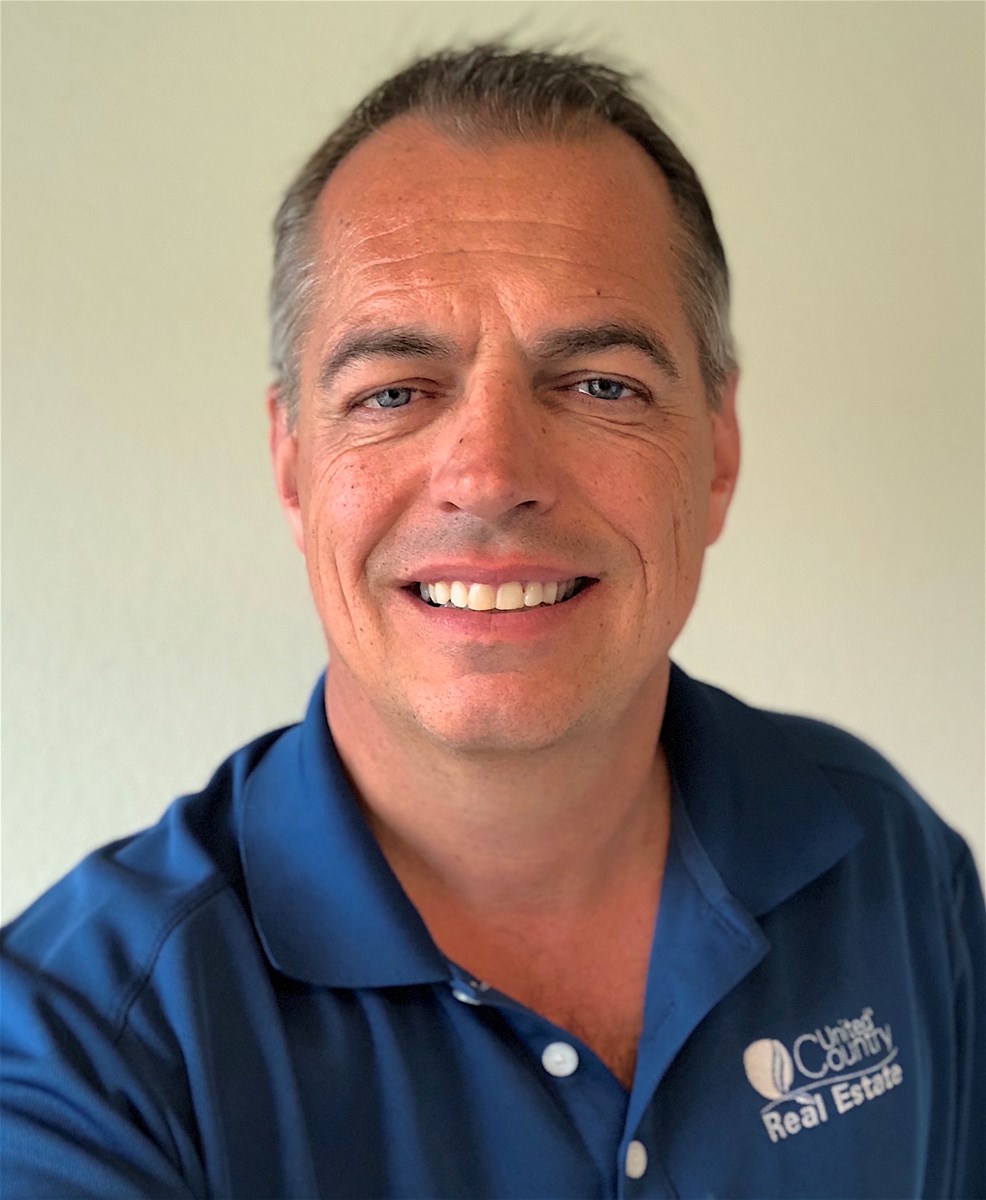 Buying and selling property is a complex and stressful task. In fact, it's often the biggest single investment you will make in your lifetime. At the same time, real estate transactions have become increasingly complicated.

New technology, laws, procedures and the increasing sophistication of buyers and sellers require real estate practitioners to perform at an ever-increasing level of professionalism.
So it's more important than ever that you work with an agent who has a keen understanding of the real estate business. The GRI program has helped the best and the brightest in the industry achieve that level of understanding.

A GRI can make a difference

• Listening Expert. Nothing is more frustrating than explaining to someone your needs, and them talking over you, or not understanding your point. You are special to me and I will listen.
• Research Expert. You may have questions I do not know the answer to, someone will. It is my job to find the right answer for you. I have the tools and teammates available, day or night.

Expertise
• Military Moves. Relocation. Certified Military Markets Specialist. After serving in the military for over 21 years, I feel I am the expert in the military market. Been there, done that. Over and over...
• New Home Construction sales. I was a lead superintendent for a major nationally recognized home builder for more than 3 years. There is a difference buying in the New Home market, starting at the ground up. Literally.
• Short Sales/REOs. To be familiar with the short sale market, one has to have experienced it for themselves. Unfortunately, I HAVE... I feel this puts me in the position to be able to negotiate with the banks, knowing what is involved first hand. It is key to maintain relationships with the lender, to ensure a proper transaction is completed and closed.
• OR….Just moving across town? Let’s see what we can do together!

Scott is a real estate broker in the Lake Tahoe area and Reno NV area and sells homes to first time home buyers and seasoned veterans. Reno homes for sale are a hot market right now. Let Scott and his team of Lake Tahoe and Reno real estate professionals work with you to get you the right property.

Homes for sale in the Reno area include those in Sparks, Verdi, Mogul, Stead, North Valleys, Cold Springs, Spanish Springs and of course Reno.

Scott also serves the valley of Sacramento - Roseville, Rocklin, Lincoln and Auburn areas as well as Real Estate in the Placerville areas.